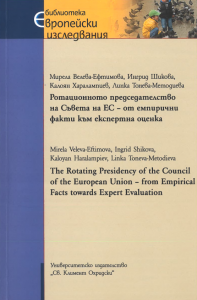 There is no such thing as unsuccessful rotating Presidency of the Council of the European Union – this rather humorous maxim, which is widely popular among academic and political experts on European affairs, has the potential to discourage any attempt at evaluating the Presidency. END_OF_DOCUMENT_TOKEN_TO_BE_REPLACED

On October 14-15, 2021, the Department of European Studies held its Eighth International Scientific Conference, named "The Call for More Europe - Ambitions and Realities". END_OF_DOCUMENT_TOKEN_TO_BE_REPLACED

The paper "Strategic Autonomy - the New Project of the European Union" by prof. Ingrid Shikova was published in "Diplomacy Journal”- 25/2021. The article focuses on the concept of strategic economic autonomy, which is becoming an increasing need for the EU as a result of the lessons learned from the Covid-19 crisis. END_OF_DOCUMENT_TOKEN_TO_BE_REPLACED

The collection of papers from the fifth joint doctoral conference of Department of European Studies, Department of Political Science and Department of Public Administration on the topic "The European Union and the new normal - from social isolation to civic awareness" has been published. It took place on 21st November 2020. END_OF_DOCUMENT_TOKEN_TO_BE_REPLACED

A Public Discussion “The accession of Bulgaria to the EU in the memories of participants – secrets and surprises” took place on 17 December 2018 in Conference hall 1, Rectorate, Sofia University. The discussion was organized in the context of the preparation and publication of the unique digital archive with memories of the participants in the process of preparation and accession of Bulgaria to the European Union.

The archive was created upon the initiative and with the overall institutional support of the Diplomatic Institute at the Ministry of Foreign Affairs of the Republic of Bulgaria and the team of the Jean Monnet Centre of Excellence at the Dept. of European Studies of Sofia University, and in partnership with the European Institute-Sofia, in the framework of the Erasmus+ Programme project.

They shared their memories form the pre-accession period, offered their interpretations of the processes and some of the key events of the period, and shared a strong message to the young people in the hall that now the responsibility of the road of Bulgaria as an EU member is in their hands.

Among the participants in the discussion were also Assoc. Prof Mirela Veleva, professor at the Dept. of European Studies and leading researcher for the activities related to the preparation of the digital archive under the Jean Monnet Centre of Excellence project. She shared her insights on the objectives and added value of the elaboration and updating of archives. Doctoral Student Ljubomira Popova, who conducted the majority of interviews, presented some specifics and her personal findings from the working process of conducting interviews. Prof. Georgi Dimitrov, author of the methodology of the study of the process of accession of Bulgaria to the EU in the memories of participants, presented some possible directions for interpretation of the extraordinarily rich and multi-faceted information, collected in the archive. The moderator of the event was Dr. Linka Toneva, member of the Jean Monnet Centre of Excellence team.

The importance of the historical process and the personal ownership and engagement with this process, led to heated arguments and discussions, which are yet another evidence of the need for future in-depth academic study of this archive.

Over 900 pages, dozens of interviews with direct participants in the events since the beginning of the 1990s, among whom were prime ministers, deputy prime-ministers, ministers, parliamentarians, diplomats, experts, non-governmental stakeholders, representatives of the academic community. Their interviews are available in the digital archive, published on the website of our Jean Monnet Centre of Excellence  –

http://jeanmonnetexcellence.bg/archive/, as well as on the website of the Diplomatic Institute at the Ministry of Foreign Affairs of the Republic of Bulgaria- http://bdi.mfa.government.bg/ – chapter „Living Archives“. 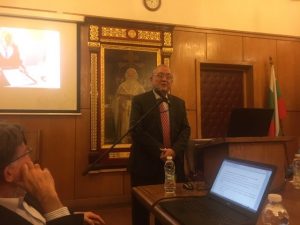 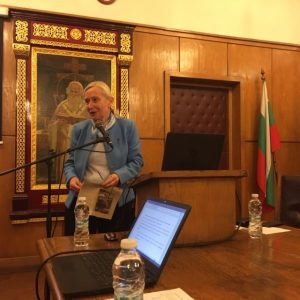 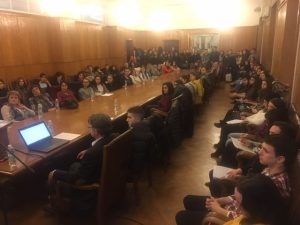 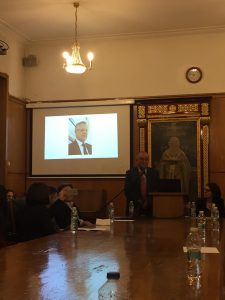 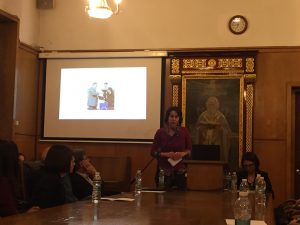 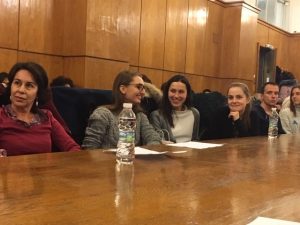 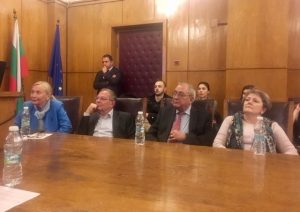 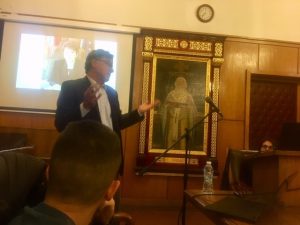 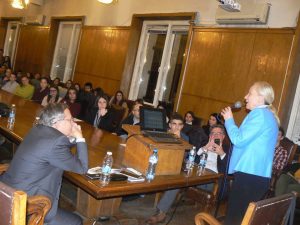 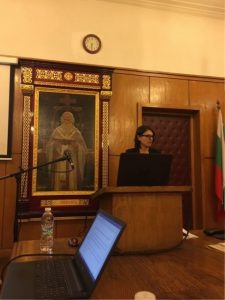 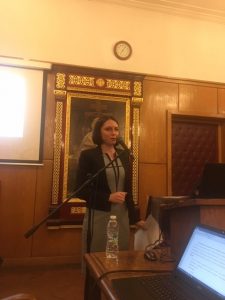