The paper "Strategic Autonomy - the New Project of the European Union" by prof. Ingrid Shikova was published in "Diplomacy Journal”- 25/2021. The article focuses on the concept of strategic economic autonomy, which is becoming an increasing need for the EU as a result of the lessons learned from the Covid-19 crisis. END_OF_DOCUMENT_TOKEN_TO_BE_REPLACED

The collection of papers from the fifth joint doctoral conference of Department of European Studies, Department of Political Science and Department of Public Administration on the topic "The European Union and the new normal - from social isolation to civic awareness" has been published. It took place on 21st November 2020. END_OF_DOCUMENT_TOKEN_TO_BE_REPLACED 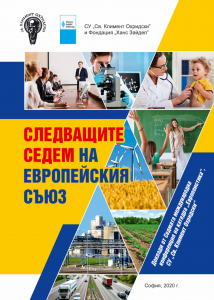 The collection of articles of European Studies Department international conference “The Next Seven of the European Union” has been published. Are we ready for the next seven years of the EU? What ambitions and what reforms should shape the future of the European Union, how will the crisis affect the euro area, which path will the European Union's economy take? END_OF_DOCUMENT_TOKEN_TO_BE_REPLACED 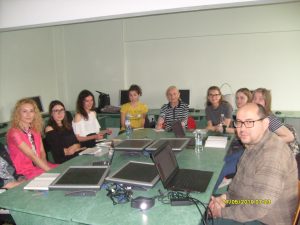 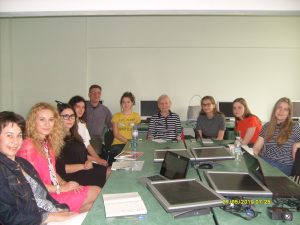 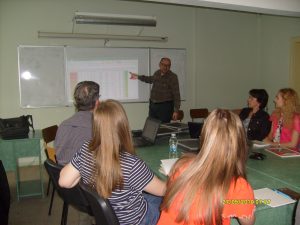 The team that participates in the Jean Monnet Center of Excellence at the Department of European Studies at Sofia University “St. Kliment Ohridski” presented the results of the first of its kind expert assessment of the Rotating Presidency of the Council of the EU, carried out by Bulgaria in the first half of 2018.

The results of the study were presented at a press conference at the Bulgarian News Agency in July 2019, with the participation of Prof. Ingrid Shikova, head of the research team, Prof. Georgi Dimitrov, Assoc. Prof. Mirela Veleva and D. Tsankova, student at the Dept. of European Studies.

The video from the event can be viewed here.